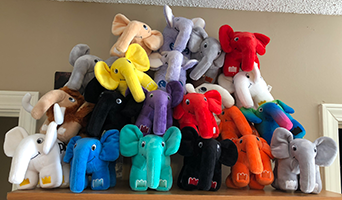 Joe Ferguson is a PHP and Python developer. He's actively involved in several open source projects, including maintaining Homestead. In addition to being a long-time columnist for php[architect], he's on the board of Open Sourcing Mental Health, promoting the importance of awareness of mental health in the tech and open source communities. Joe's been actively involved in his local tech community for many years, starting and supporting multiple community events. He's been married to his incredibly supportive and amazing wife for a long time, and she turned him into a crazy cat man. They live in the Memphis suburbs with their two cats.

Joe has been speaking at conferences since 2014 on topics such as HTML form security, Virtual Machines with Vagrant, PHP Best Practices, the Laravel PHP Framework, DevOps for small teams, Continuous Integration and several other development related topics. He also has given training on the Laravel PHP Framework and PHP Security through php[architect] and has also a monthly columnist. 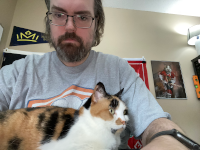 Joe frequently contribute to various open source projects such as Laravel Homestead, and other side projects. Previously he helped maintain the PHP IRC Bot project Phergie. In 2016 he got involved with Open Sourcing Mental Illness, LTD and with The Joindin Foundation, a new leadership group operating the hosted Joind.in platform and overseeing management of the open source project.

Joe is interested in programming, DevOps, automation, and all the different technologies that come out of the industry. He's heavily involved with our local makerspace here in Memphis and also a lifetime fan of the Chicago Blackhawks and frequents Memphis 901FC soccer matches.

Experienced in management and deployment of: Red Hat Enterprise Linux, CentOS, Debian, and Ubuntu as well as administration of Amazon Web Services platforms and APIs. and extensive experience building on Digital Ocean's Platform as a Service offerings to provide customized solutions for modern cloud native applications and workflows.